MC Čišćenje d.o.o. has established, documented, applies and maintains a quality management system, environmental protection, health and safety protection and continuously improves its performance in accordance with the requirements of international standards ISO 9001:2015, ISO 14001:2015 and OHSAS 18001:2007.

The basic and long-term task of the company is get better and continuously improve the quality of business and services, in order to create a competitive market reputation as well as prevent and reduce environmental pollution.

All employees are obliged to maintain a unique approach to quality and protection of the environment, starting from the first contact with the potential buyer, until the fulfillment of obligations defined by the contracts, and carrying out their duties and tasks in accordance with the applicable procedures and legal regulations.

MC Čišćenje Laboratory for Construction Products Testing and Non-destructive Materials Testing is accredited by the Croatian Accreditation Agency (HAA) according to HRN EN ISO / IEC 17025: 2007, for the following types of tests: 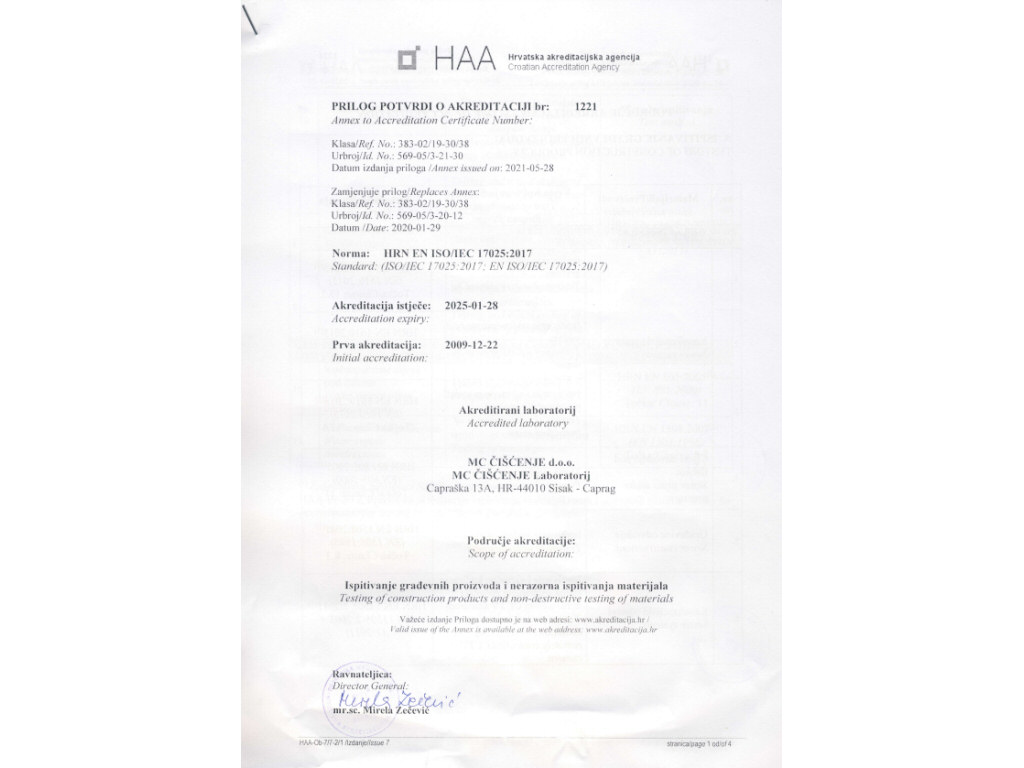 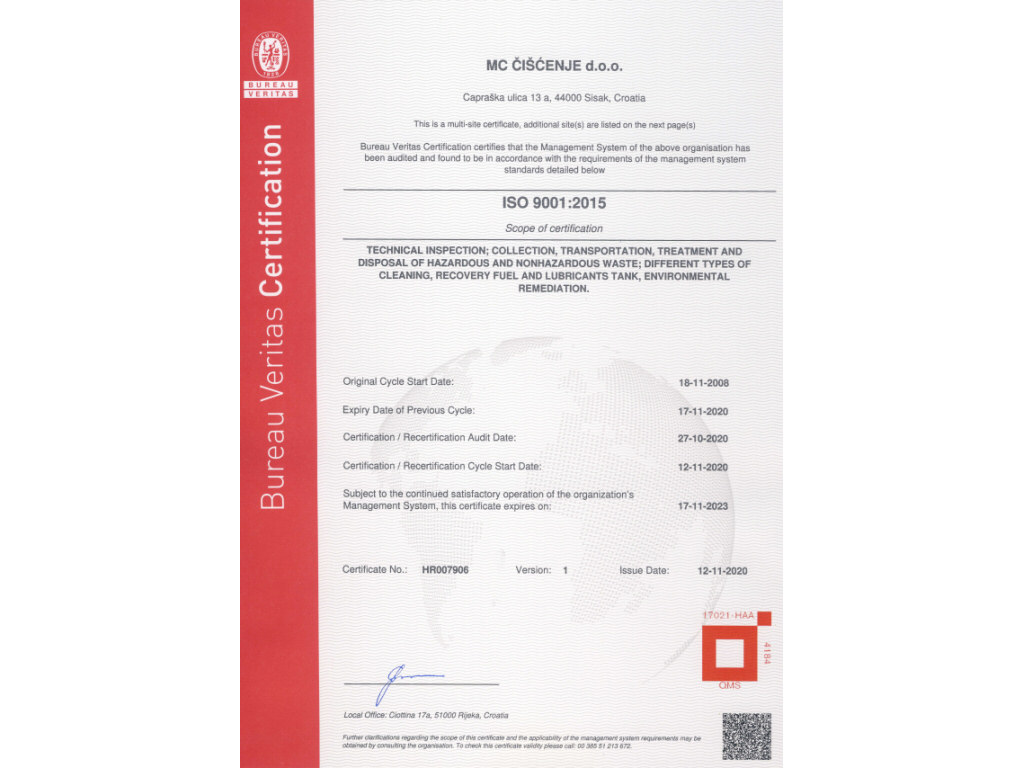 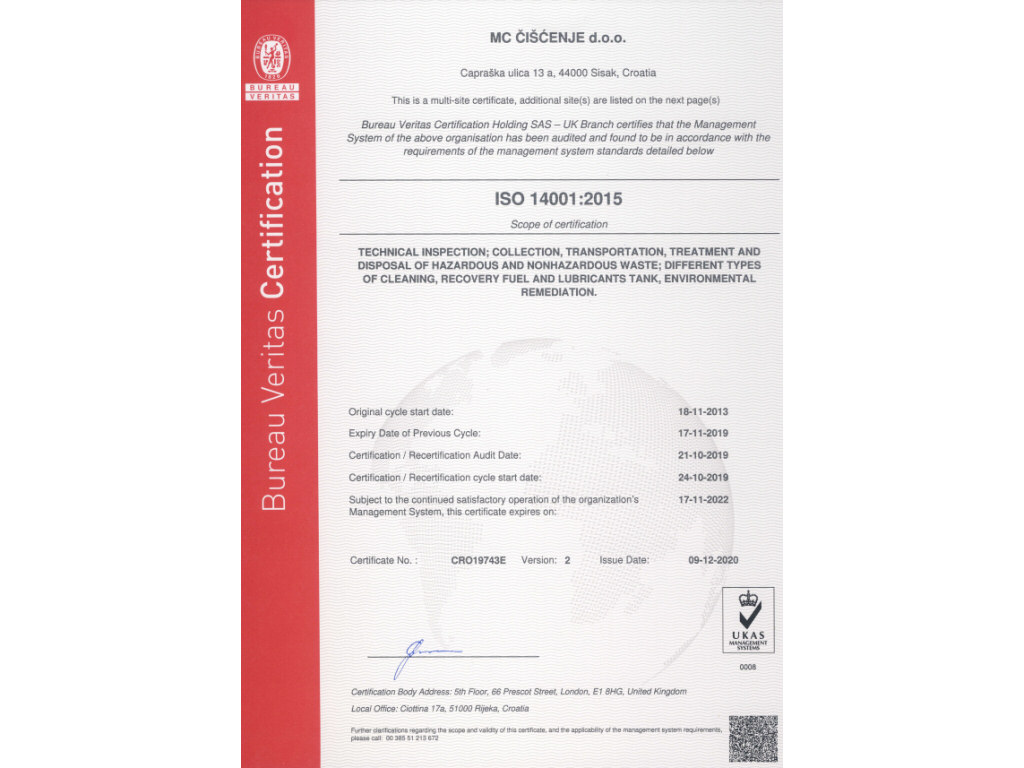 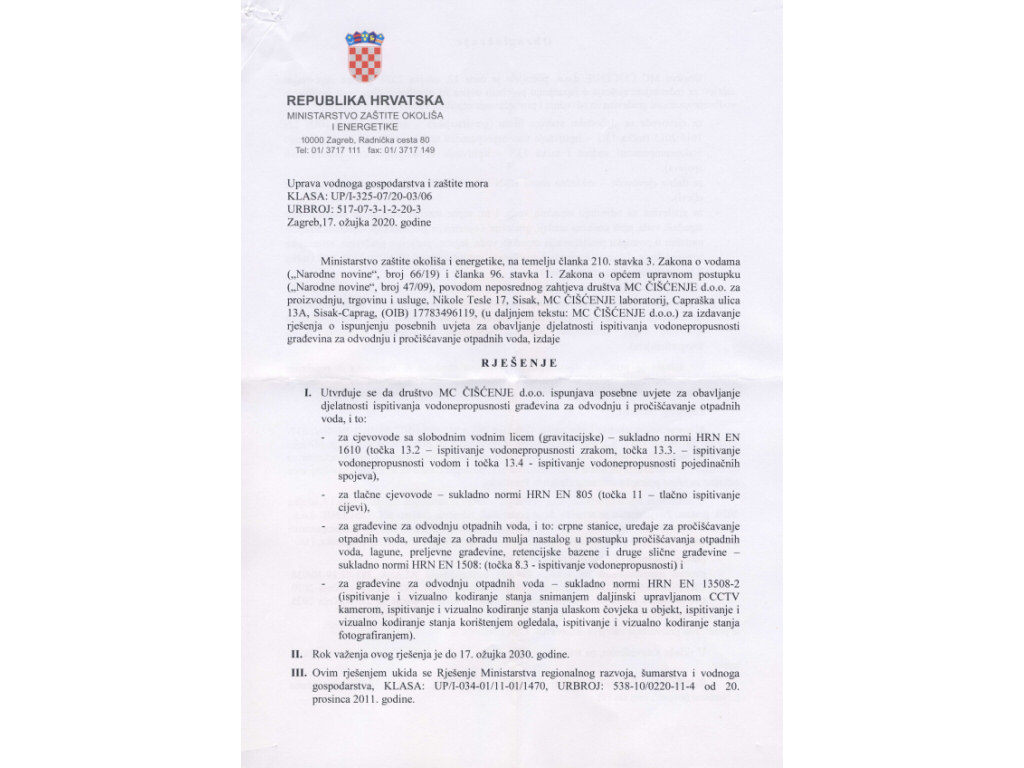 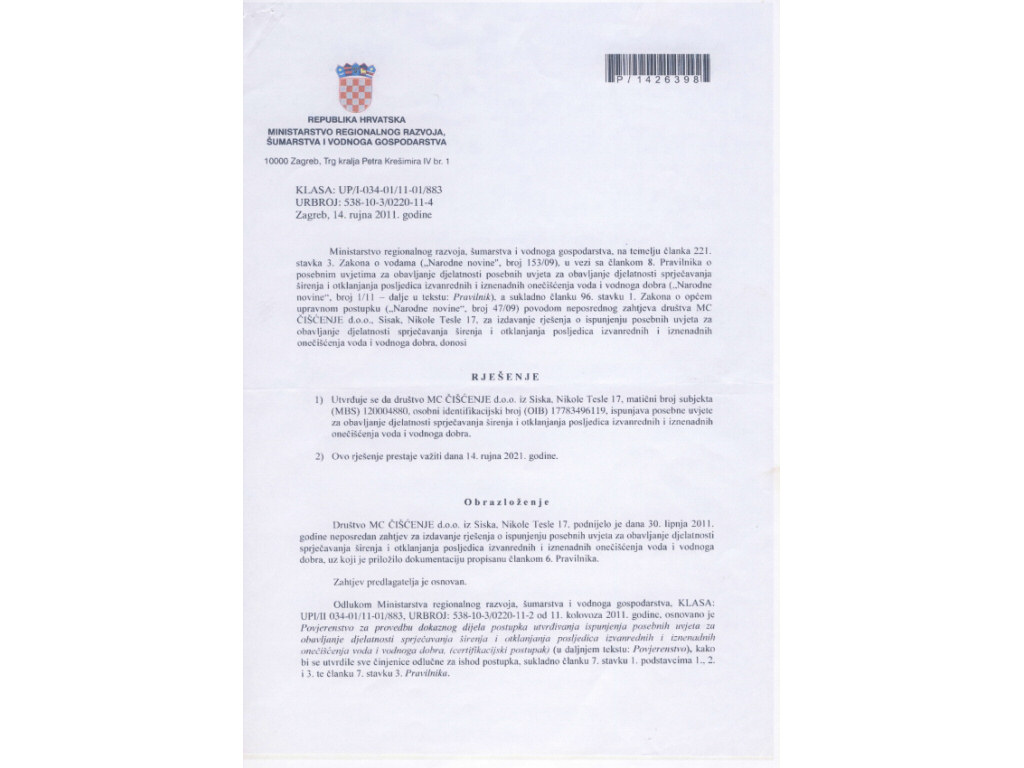